Tips and tricks for E-Prime Go

I just read my last post back, which said "we're right now in the midst of the Corona epidemic" - such naïvety! Similarly, in my recently published book, A Psychologist’s guide to EEG: The electric study of the mind, I wrote around the same time that I hoped this would be the year of the virus, not the beginning of the Viral Age. It must be admitted that's a pretty snappy name, but clearly I showed myself overoptimistic.

But hey, at least we have E-Prime Go!

In this post, I will give a couple of tips and tricks informed by my recent experiences with running E-Prime Go experiments. How to improve timing, avoid random crashes, and in the event of a random crash, how to get the E-Recovery file. Some of the tips I self-plagiarised from what I wrote myself on ResearchGate.

I wrote about E-Prime Go before (here and here), but as this infernal pandemic keeps plaguing us, it's been necessary to get it ready for prime time. Luckily, the team from PST has done an admirable job in ironing out most of its quirks and it's now doing a good job for those of us who can no longer rely on our behavioural labs. How do I go about getting my normal experiment online using E-Prime Go?
Read more »
Geplaatst door Mich Spape op 16:05 No comments:

E-Prime Go is now a few weeks older and PST made great steps in getting it COVID-ready, so to speak. In the latest version, there's a new E-Prime Go website that hosts your experiment (which looks way more trustworthy than a dodgy GoogleDrive link), and allows participants to download and run the experiment. Finally, your participant's data can now also automatically be uploaded to the EPrime Go Website, which makes everything a whole lot smoother. I should spend a few hours making a nice walkthrough, but I haven't got round to it. Somehow, I did get round to answering an email with a couple of friendly questions. I suppose it's a bit like a bystander effect or diffusion of responsibility or something that I will often enough answer individuals with lengthy rants, yet fail to write a comprehensive introduction that can be used by anyone. How's your book coming along, Michiel?
That said, having answered the email, I figured I might as well post the answers as they seemed a very reasonable bunch of questions that could almost be a FAQ if you take 'frequently' not too literally. The questions were from someone asking them in the context of the usual 'should I use E-Prime, or retrain in some cool new software'. We from the E-Primer recommend E-Prime, of course, but I honestly don't really care (PST doesn't pay me!). It's about the right tools for the right job.
So, without further ado, these are some questions you might have about E-Prime Go.
Read more »
Geplaatst door Mich Spape op 21:17 No comments:

We're right now in the midst of the Corona pandemic and, obviously, the situation is in many ways terrible. Indeed, us E-Primers are relatively well off, given that we are not exactly at the front lines of hazardous, critical jobs or experience the economic uncertainty of freelance/precarious workers. Still, we are stuck at home as lockdowns continue, and even with the strongest measures gradually being lifted, it is still pretty much impossible to recruit human participants for studies to take place in our behavioural labs.

Online experiments may well provide a reasonable stop-gap solution and Psychology Software Tools, the developers of E-Prime, came up with a timely, free extension to E-Prime that enables us to get data from over the internet: E-Prime Go. So, seriously, a free update allows us to finally run E-Prime online?! How did they manage that? In this post, I will explain by reviewing E-Prime Go from the point of view of a typical user, answering the questions: How does it work, is it any good, what is still missing, and what should you as a user keep in mind if you want to go Online. But just to prime you with my opinion: it works locally, impressively well, though it doesn't do cross-platform, but is rather headache free and gets the job done. All in all a fantastic feat by PST that is timely, critical, and critically timed!

We are proud to announce the new E-Primer! It is completely revised to get you started with the latest features in E-Prime 3 (although it will still help users who work with E-Prime 1 and 2) and includes many new tutorials and exercises. These explain in detail the most exciting new possibilities enabled by E-Prime 3, as well as providing help with common challenges (such as how to connect auxiliary hardware, such as EEG amplifiers). There are also many improvements in style and technical details while retaining its predecessor's winning combination of a bold design and accessible text (1).

A preview of The E-Primer is available here.

In the previous instalment of this review, I channeled the tech reviewer spirit (e.g. The Verge) whilst writing a lighthearted review of the Chronos, PST's new, USB-powered response box. I will fully admit that I do not believe that the serious scientific stoicism that supposedly graced our scholarly ancestors is necessarily a pedagogically sound strategy, but I apologise if I over-corrected here and there. Rest assured, in the following 3000 words or so, I will provide much more useful information by ways of a Chronos tutorial. I will first shortly explain the theoretical background of an experimental paradigm we call action-effect learning. Following, I will give a The E-Primer style step by step instruction on how to make the experiment, for example using Chronos. I will consistently expect the reader to already know The E-Primer by heart and will therefore not need much information on the E-Prime structure, code, attributes, and so on. Instead, the aim is that someone who is more or less versed in the ways of E-Prime will, by the end of the tutorial, be able to use the Chronos:

By that time, you will also notice my newly recovered seriousness seriously faltering, as I end the whole ordeal by ending the reviewer in classic tech style: with a conclusion featuring "grades".

In today’s long awaited next instalment of the E-Primer blog, I’ll be demonstrating some of the fun capabilities of the Serial Response Box 2: the Chronos. No, not that Saturn guy with the big appetite, but he who split the world apart to form the earth, sea and sky. Plutarch failed to mention, however, that you can now acquire such superpowers from Psychology Software Tools and unleash some seriously time-shattering accuracy on your psychology experiments.

Anyway, in this review, I will discuss:

I'm also presenting an unboxing video and showing off my virtuoso Windows Critical Stop Piano skills. Next week (I can confidently state as I already wrote this part), I provide a Chronos walk-through featuring a pretty nice and theoretically sound experiment as a tutorial. 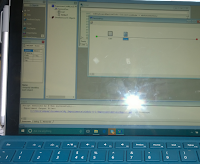 A little while ago, I (Michiel) promised a review of E-Prime on the new Surface Pro 4 (SP4). The idea is this: given that these machines are developed by the same company (i.e. Microsoft), they should all work in rather similar ways, so that, for once, we have that rare thing in the non-Mac community: a common experience. Apart from the convenience in terms of transferable user experience or bug reporting, this has obvious benefits for experimental design and replicability in particular. Furthermore, PST did extensive testing with the SP3, and I hope they keep that up, creating a kind of optimal experimental experience with a single device having known benefits and drawbacks. Finally, being into motor control and perception-action integration research, I am obviously keen on using the touch and pen in experiments.

Happy new year! And with a new year, how about a new E-Prime? While that is of course up to the developers, strategists and other folks over at Psychology Software Tools, we can always hope. In the meantime, I - Michiel blogging here - can do at least a bit in renewing E-PrimeR with the tools currently available. Specifically, I came up with the belated new year's resolution of starting to actively maintain this very blog. It's a bit of work, I suppose, and I'm sure sooner or later I'll forget about it again, but on the bright side: as a resolution, it clearly beats doing something about my bad habits!

As a scientist, I like to predict what should happen before the data are actually collected. In the present blog post, I will describe some of the  forthcoming articles so you have something to look forward to in 2016. 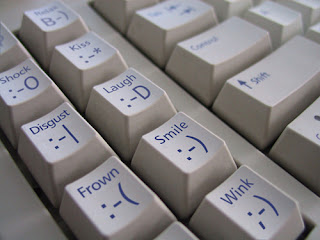 E-Prime allows to use so-called special keys to define allowable and correct responses in E-Objects. Did you know that you can use almost all keys on your keyboard? Information about special keys is quite difficult to find, because it is hidden in E-Prime's help file. We hope that publishing this blog will help to find it quickly on the internet too.

If you look for {KEY} in the E-Basic Help (not to be confused with the E-Studio help, see the Help menu) you will get an overview of all possible keys. Please find a copy of this {KEY} entry below.